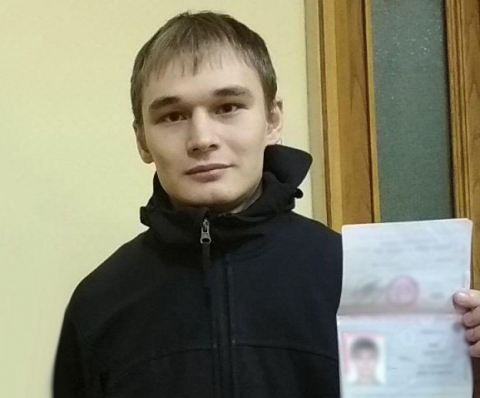 This is a text by our comrades Fånggruppen Syd

On Friday February 8th, 2019, Azat was released after 7 days of detention in the city of Balaschikha close to Moscow, Russia, following the simultaneous house raids and arrests carried out against people within the anarchist movement in the Moscow region. All the arrested but Azat were released after twelve hours, where some of the interrogations were carried out under the use of electrical torture by FSB agents. Azat was the only of the arrested to be taken into detention. He also underwent electrical torture.

After Azat’s release on February 8th, he was in bad psychological condition, with burn wounds from the torture carried out against him, and wounds, many to the head, after the use of much violent assault to him during his seven days of detention.

Azat was put in detention on the charges of belonging to a group of anarchist in a bomb assault plot, but these charges have now been dropped. On Saturday February 9th, Azat was however once again arrested, this time on new charges. The court has issued 72 hours of arrest, during which time the new charges must be taken into light, of Azat being involved in a direct action in 2008 against the head courters of the ruling party, United Russia, in Moscow.

Azats lawyer is spending as much time as possible at Azat’s side during these 72 hours in hope to prevent further means of torture.

Three people were arrested and released after five hours, at a support manifestation for Azat in Moscow on Friday, February 8th. No abuse was carried out to them during the arrest as of what we know.